Posted on: October 13th, 2016 by Melissa Maxwell No Comments

Australia Open promises to be an amazing time for tennis-lovers, their families and those in search of fun

Image By: JoJo on flickr.com

In Melbourne, the Australian Open isn’t only about tennis. Although, that’s a huge part of it. The Australian Open is really about fun and entertainment. This year, Melbourne’s biggest party just got bigger with amazing news for tennis enthusiasts as well as those just looking for a good time!  Experiencing the Australia Open is just one of many reasons to travel to Australia.

According to the Herald Sun, “Grand slam record-holders Roger Federer and Serena Williams and defending champions Angelique Kerber and Novak Djokovic will lead a glittering parade [of tennis elites] from January 16-29.” 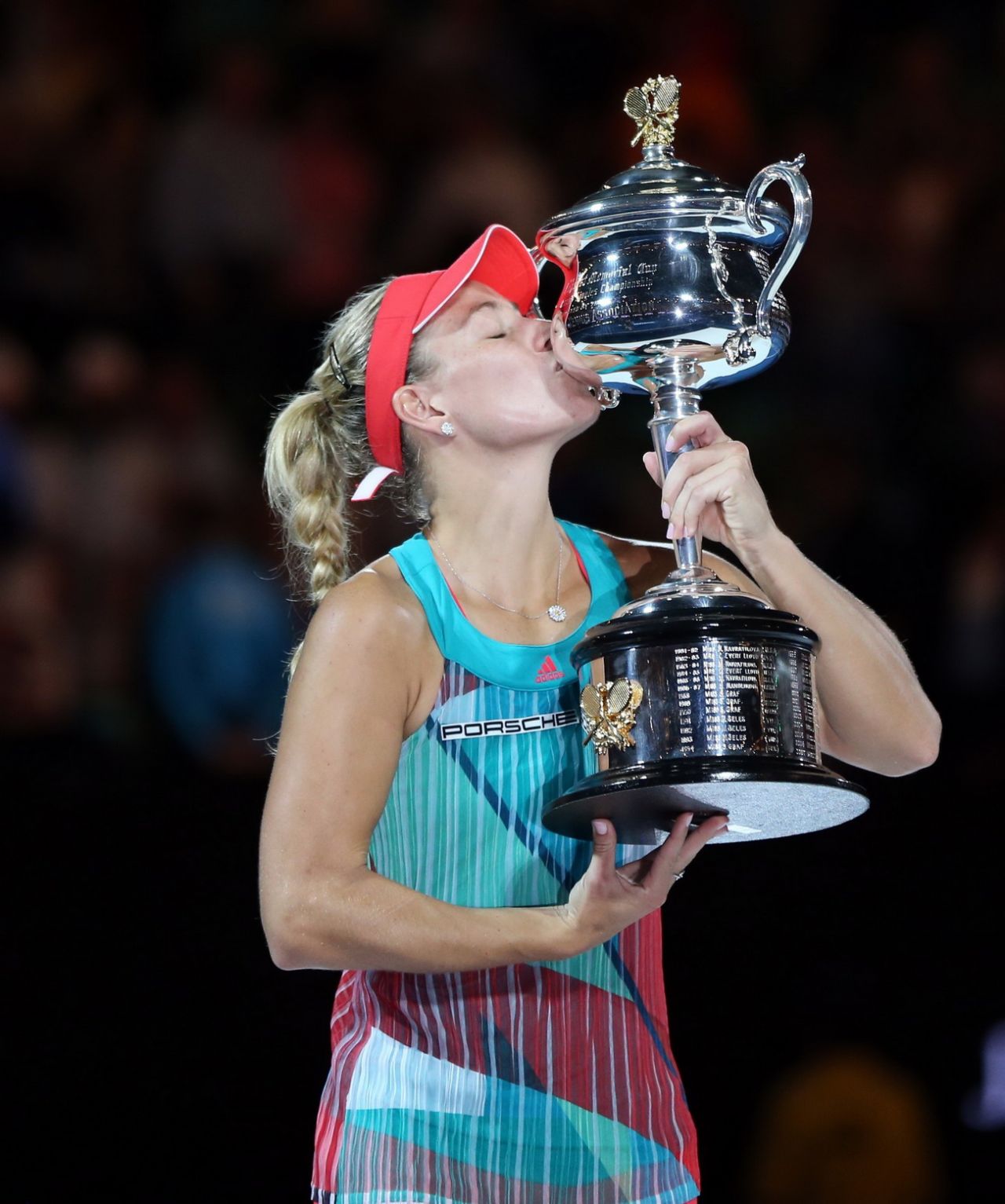 All of the other top players from 2016 have also confirmed their attendance at the grand slam of the Asia Pacific. There will be plenty of opportunities to see breakout players set their sights on taking out the big guns, like Angelique Kerber did last year.

“Coming back to Melbourne as the Australian Open defending champion will be incredibly exciting, I can’t wait! This is the tournament that set me up for my most successful year and I will never forget those amazing two weeks in Melbourne. It will be an amazing experience to walk out on Rod Laver Arena again, and relive such an exciting time in my life,” said Kerber.

Image via TrollTennis on Facebook.com 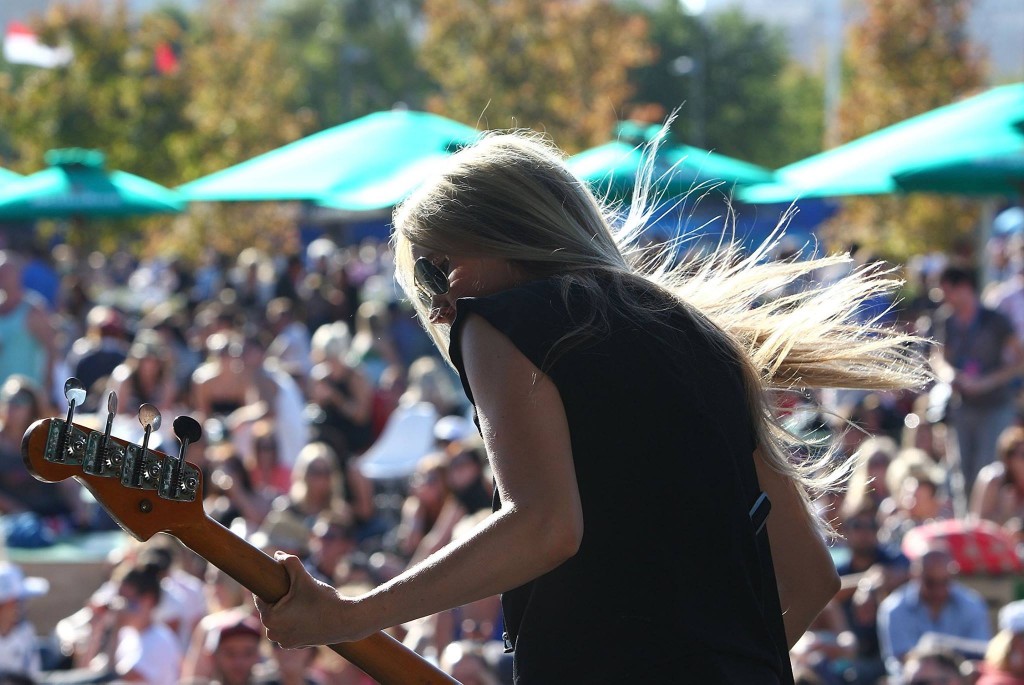 Image via Australian Open on Facebook.com
The Australian Open will return with a free two day opening festival, providing entertainment and tennis viewing for the whole family on the upper and lower levels of Birrarung Mar – including access to some of Melbourne’s best food trucks.   Those with ground passes to the Australian Open will also enjoy some of Australia’s biggest bands at “The Open Sessions” on the middle terrace.

Tennis Australia chief Craig Tiley said, “We’ve seen that fans flock to the Australian Open not just for the world class tennis but also the fantastic party atmosphere as seen at the AO Festival in 2016. We’re excited by our new look to the site and know that the fans are going to love the carnival atmosphere that goes with it.”

For the first time, the AO Festival will be hosted at Birrarung Mar, a brilliant and well planned outdoor venue on the banks of the Yarra River with 3 levels.   The venue also has many interesting pieces of public art, some celebrating the diversity of Victoria’s Indigenous culture. 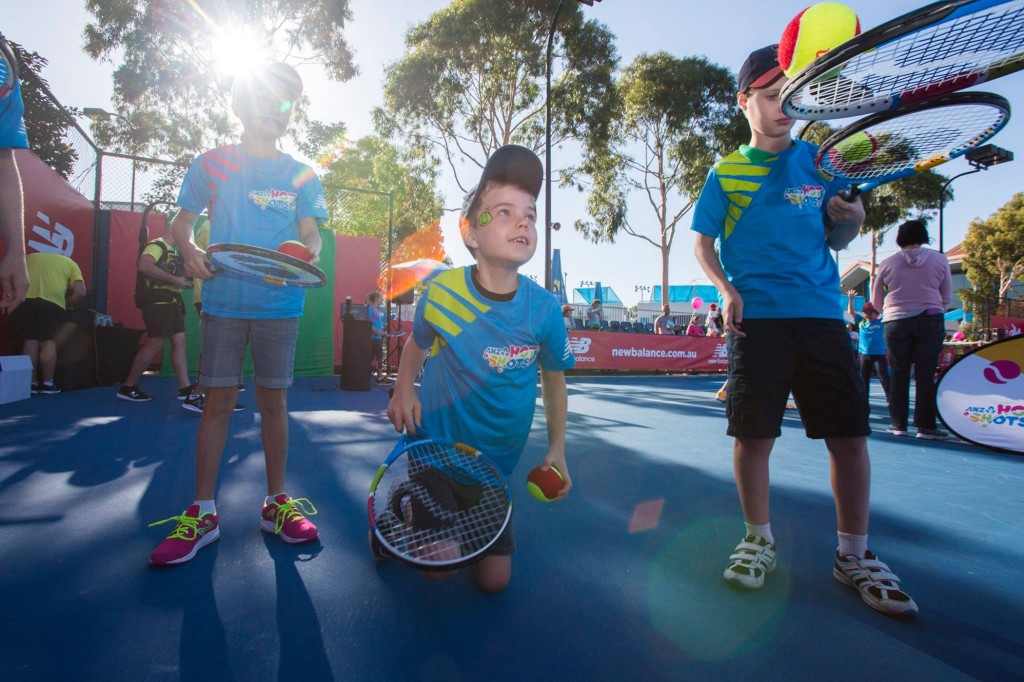 Image via Australian Open on Facebook.com
This year, children are invited to attend the Australian Open for just $5 (apart for Jan 21 & 22). The $5 ground pass, for children 3 – 14 years of age, not only offers access to the sporting event but also provides entry into a mini theme park called “The Ballpark”. For the first time, the Australian Open will offer all-day entertainment to young tennis fans. Kids can look forward to things like:

Kid’s Tennis Day will also return with free entry for children under 15 and access to the Kid’s Tennis Day Rod Laver Arena Spectacular featuring some of the world’s best tennis players.

“We want kids to be able to see their idols in action and inspire them to get involved in tennis. The new kids’ zone, the Ballpark, will have heaps of fun activities, kid-friendly food options, along with the opportunity to actually play tennis, as well as a few surprises. We can’t wait to welcome more kids to Australian Open 2017 and will continue to offer world class entertainment at family-friendly prices,” said Craig Tiley

The Australian Open will be in Melbourne from January 16th – January 29th 2017 with the AO Festival taking place on January 14th & 15th.

Would you like to travel to Australia to experience the Australia Open?   We can help you plan your trip and book your Australian Open tickets.

Help Me Plan My Trip

You may also like: The Australia Open on Melbourne.com