Alice Springs, Australia’s most inland town, sitting around 200km south of the absolute centre of the continent. Alice Springs was established, under the original name of Stewart, as a telegraph station – linking Adelaide and Darwin. A century later, it is still a communications and commerce hub, and is now home to a population of approximately 28,000 people.

Darwin is the “Top End” paradise. Wander through the rainforest, coastal foredunes, mangroves, open woodlands and botanic gardens. Find yourself a bargain at one of the famous markets. The World Listed National Park of Kakadu, an ecological and cultural treasure, is just east.

Kakadu National Park is located within the Alligator Rivers Region of the Northern Territory of Australia east of Darwin. The name ‘Kakadu’ comes from an Aboriginal floodplain language called Gagudju which was one of the languages spoken in the north of the park at the beginning of the twentieth century.
The Aboriginal traditional owners of the Park are descendants of various clan groups from the Kakadu area and have longstanding affiliations with this country. Their lifestyle has changed in recent years, but their traditional customs and beliefs remain very important. About 500 Aboriginal people live in the Park; many of them are traditional owners.
Aboriginal people have occupied the Kakadu area continuously for at least 40,000 years. Kakadu National Park is renowned for the richness of its Aboriginal cultural sites. There are more than 5,000 recorded art sites illustrating Aboriginal culture over thousands of years. The archaeological sites demonstrate Aboriginal occupation for at least 20,000 and possibly up to

Travel to your accommodation in the heart of Australia, the Red Centre, where you will be staying whilst on vacation for 2 nights.

Your 4 1/2 Star vacation accommodation is centrally located to all resorts and Australia touring facilities and offers a range of stylish accommodations, from shaded poolside rooms to the magnificent deluxe rooms overlooking the desert. You can relax from your travel in the comfort of your own private balcony or courtyard, or unwind in the hotel’s refreshing pool, sipping cocktails. It’s only a short stroll to the resorts numerous lookouts, where you can view what is arguably Australia’s best sunset. Its spectacular display of colours across the face of Uluru and the surrounding desert turns your vacation into a memorable event.

As darkness falls, the desert surrounding Uluru transforms into a magical field of light. Developed by British artist Bruce Munro, this expansive light exhibition is made up of 50,000 solar powered lights, covering over a size equivalent to seven football fields. 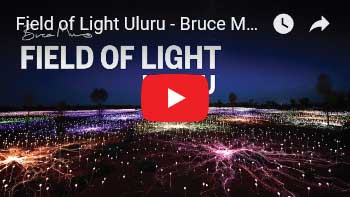 Set off after sunset and arrive just in time to see the lights begin to glow as night descends. Lose yourself in the endless sea of twinkling violet, blue and red hues, exploring the pathways within the installation.

Operates Daily. There are three departures per evening departing after sunset and lasting 1.5 hours including transfers.

Need to Know This pass does not give access to the dune top viewing area.

Explore the fascinating surroundings of Australia’s outback in the Red Centre.

Enjoy tea or coffee and be inspired by an incredible view through stunning desert landscape as the sun rises over Uluru and Kata Tjuta.

From the viewing platform it is possible to see way into the distance, providing an ideal photo opportunity.

After the amazing sunrise and a relaxing morning tea, you will join a tour around the base of Uluru learning details on its geology and incredible history.

Last on the morning tour is a visit to the Mutitjulu Waterhole and the Uluru – Kata Tjuta Cultural Centre.

Your experienced driver guide will give you an overview of the fascinating history of Uluru – Kata Tjuta National Park as you make your way to Walpa Gorge, a lush desert haven for plants and animals.

The gentle but rocky track will lead you into a world of rare plant species and lush evergreen shrubs known as Spearwood.

Time to head off to the Uluru sunset viewing area. On arrival you’ll be served from a selection of Australian wines and nibbles.

You can just sit and relax or stroll around the area to find your own personal space to watch an amazing outback sunset.

Upgrade to a 2-day tour pass and split the tours over two days. Add a BBQ dinner with your Uluru sunset tour.

On your vacation travel by luxury coach from Uluru to Alice Springs, Australia’s Red Centre.

Board the luxury coach early in the afternoon and travel east from Yulara via Curtin Springs and see Atila (Mt Conner) in the distance. This fascinating mesa, or flat-topped mountain, juts out of the surrounding desert plain bearing witness to a period of massive uplift, followed by eons of erosion. Continue east to Erldunda before turning north on to the famous Stuart Highway and to the town at the very heart of the Red Centre, Alice Springs. As you pass through the striking ‘Outback’ landscapes, your Driver/Guide will provide an informative and entertaining commentary. Set down in Alice Springs at approximately 6.30pm.

Travel to your accommodation in the heart of Australia and the Outback, Alice Springs, where you will be staying whilst on vacation for 1 night.

Alice Springs, Australia’s Oasis, is also known as the capital of the Outback and the most romantic country town in the world. It’s where the Arrernte Aboriginal tribal group has lived for 20,000 years and where pioneer men and women gave “tough” a new meaning. Whilst on your vacation, take advantage of the many attractions available in Alice Springs. Visit the Royal Flying Doctor Service, Alice Springs School of the Air, Central Australian Aviation Museum, the Alice Springs Reptile Centre, Alice Springs Telegraph Station, Old Stuart Town Gaol. Travel by coach or car to explore the unique scenery of Australia’s Outback and its magnificent monolith – Uluru.

Travel by shuttle from your vacation accommodation to the Train Station in Alice Springs, Australia. 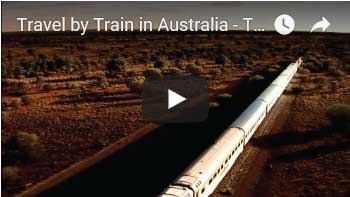 The Ghan. It’s an odd name for a train but in Australian history it is a living legend. The trip from Alice Springs to Darwin is spectacular. See the landscape transform from the red vastness of the Northern Territory to the modern & multicultural city of Darwin.

Taxi or ride share transfer as per your own arrangements (pay as you go).

Uber is available in most major cities.
Other Australian ride share options are:
-Ola
-DiDi
-Shebah

Travel to your accommodation in Darwin, Australia where you will be staying on vacation for 2 nights.

Visit one of Darwin’s many attractions.

Spend the day at one of these top Darwin attractions:

Cullen Bay Marina: Cullen Bay Marina is a hotspot for harbour side dining. It includes a variety of eateries ranging from à la carte restaurants to sidewalk cafés. You can stroll along the beach or just sit and watch the sunset over the water. Many sunset cruises, dive boats and fishing charters operate from the marina.

Historic City Walk: Take a Historic City Walk that incorporates 17 historically significant sites and buildings on a stroll around the city. Included is the British Australian Telegraph house (Lyon’s Cottage), the Wharf Precinct, Myilly Point Historical Precinct and the new Parliament House. Itineraries are available from the Visitor Information Centre located in the city centre.

The natural beauty of Kakadu National Park will take your breath away. Absorb the ancient rock art at Nourlangie and Ubirr, enjoy the Yellow Water Billabong and Guluyambi cruise. View the striking Jim Jim and Twin Falls and visit Arnhem Land.

We travel on the Arnhem Highway and stop at Nourlangie, where your guide will lead a walk to view ancient Aboriginal rock art. After lunch we join our local guide for a cruise on the famous Yellow Water Billabong. Search for saltwater crocodiles and the colourful range of birdlife for which this region is renowned. Visit the Warradjan Cultural Centre and view the informative displays depicting the traditions of the Aboriginal people in Kakadu.

Travel by 4WD to Jim Jim Falls. Take a 900 metre bushwalk to the Jim Jim Falls plunge pool, where there is time for swimming, relaxing and enjoying the spectacular scenery. Afterwards, travel to a scenic rest area for a picnic lunch. Then board boats to cruise up the first part of the gorge to Twin Falls. There is a 45 minute walk over slippery rocks with sand and rock ledges. Relax and enjoy spectacular scenery at the base of the falls. Today’s touring is only suitable for people with a good level of fitness.

This morning stop at Ubirr to view Aboriginal rock art. Later, join the Guluyambi Cultural Cruise along the East Alligator River. An Aboriginal Guide will provide an insight into their culture, including local mythology, the river’s abundant food chain, as well as bush survival skills. Disembark on the Arnhem Land side of the river to see a display of traditional hunting and gathering implements before heading back downstream. Visit the Bowali Visitor Centre before returning to Darwin, where your short break concludes.